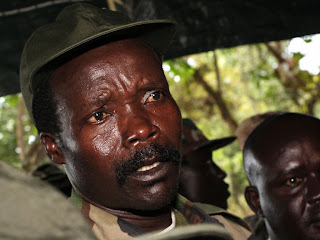 I clicked ‘share’. I clicked share because I am not an activist. I don’t attend rallies, or march or paint signs or scream in the face of those who disagree. I don’t give money to charity organizations with terrible logos, and I don’t particularly feel so passionate about third world issues to travel overseas to see it first hand. Truthfully it I had a chance to go overseas it would be to follow my own hedonistic pursuits, than to gain an awareness of all of this world’s seemingly rising injustices.

I do however think that I’m a good father. I teach my children, Preston (8) to always tell the truth, to look after his younger sister, Charlise (5), to work hard at the things he loves. And I tell my daughter that she has beautiful ideas, and thoughts, so she grows up understanding that beauty is not just dependant on her appearance.

I do work with young people everyday, trying to the best of my ability within a highly conflicting political environment, to advocate on youth issues and try to direct resources and service to teenagers who need it.

I do read national and international news websites everyday, because I think having an understanding of what is going on in the world, as a global citizen, is important so if there is something I feel passionate about I can act – and also to sound more intelligent than I am at dinner parties!

I am a long way away from being an activist, and so I will gladly take on the term slactivist. This week I watched the Koni video (along with 11 million other people) and felt, justifiably, appalled and because I was appalled and moved by their cleaver use of rhetoric and film making I clicked share.

I went to the website; I liked the paged, and shared the video but I won’t buy a pack or go to a rally. Oh shit….I is the problem with Western Culture.

I won’t get up at midnight and plaster stickers all over the place, not because I don’t believe in the cause, but because I’m 34 and I don’t graffiti with stickers – plus, I like my sleep and I kind of think that idea is sort of lame.

Needless to say, I had never heard about Kony before. NEVER. Honestly I had no idea any of this shit was going on in Africa, and I would consider myself a reasonably informed global citizen. Today I have. I have read all the info and feel a little more aware. Will that make me give my cash to get rid of him, maybe not, but why does a movement like this (yeh I said movement, deal with it) have to always be about giving up your life, selling your shit to be completely sold out for a cause. There are words for people like that, they’re called Christians – they actually do it really well so ill let them get their Jesus on and try to change the world.

But one thing I won’t do is critique for critique sake. I won’t let my infused popular cultured brain, be ignorant at something that obviously needs awareness. Yes the video uses emotional manipulation, yes it doesn’t address the broader geo political issues, and no the US can’t be the world police just invading willy nilly – see Iraq.

But I will admire one man’s passion to try and change his world and to make it better. I will admire his energy to garner support, and to do his best to generate followers and I will take the time to write about it.

And fuck yeh, I’m gonna hit share, because quite honestly as one dude in little old Adelaide, that’s all I feel I can do.

But I would rather hit share, and then lean back on my reclining desk chair and start to research about this whole mess not because I’m an activist, but because I’m curious and I want to learn.

Does this make me a slactivist, hell yeh, but I’d rather be a believing western slactivist than a cynic.

Oh and if you want to read more about the Invisible Children click HERE.