Me, Peter Drew and pixel face. 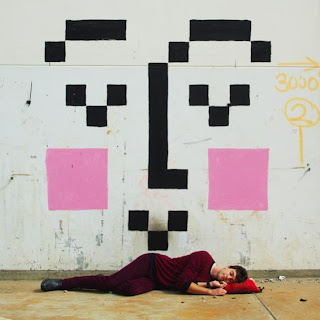 Thanks to the wonderful world of social media, I responded to a call for volunteers to have their image taken by local Adelaide street artist, Peter Drew.

I jumped at the chance. Having been an admirer of Peter's work in Adelaide for some time, the thought of being a part of one of his projects was a little exciting to say the least. I arrived at what could only be described as an artists version of a 16th century underground dungeon, filled with paint, brushes disused canvases and many other unnamed and unrecognizable things.

I sat on a mat on the floor, put the cube on my head and held a cube in my lap. Peter went click, click, moved about a bit, thanked me - and it was all over.

Check out the finished product below that is now a past up on a wall outside The Buff Club in Glasgow.

Check out The Buff Club HERE. 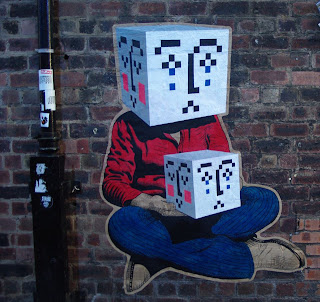 Other work in this series by Peter Drew 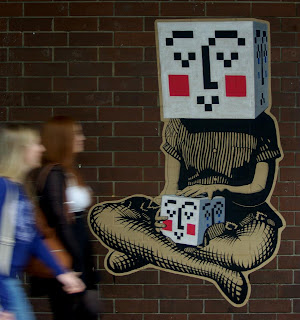 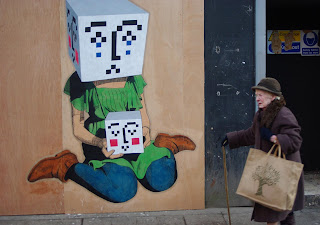 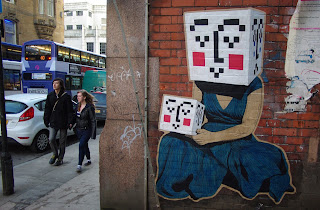 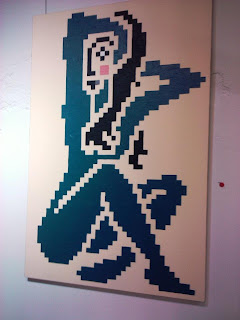 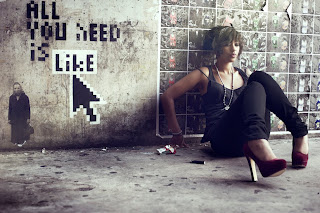 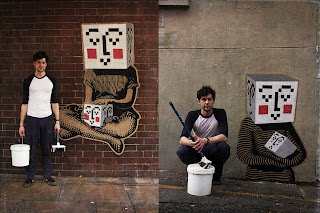 It was and is a real thrill to be a part of some art work that traveled the globe to sit on some lonely alley way wall outside a club.

Posted by andrew speaks easy at 10:17 AM No comments: