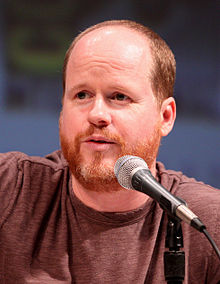 I have been a Joss Whedon fan for more years than I care to remember. I can easily say that his wit, characters, and story arcs are a large reason as to why I wanted to be a writer (with honourable mentions to Aaron Sorking and the West Wing).
As a fan of the Buffy/Angel/Firefly verse for many years, Joss Whedon has characterised his stories with sharp wit, mixed with characters that have actual depth – this is all the more true for The Avengers.
Yes it’s hard to believe that a guy running around in blue spandex, a dude in red and yellow armour, a bicep bulging Australian who lacks certain pro nouns, and a green CGI Hulk could evoke such description – well believe it Joss Whedon has managed to deliver characters with purpose and depth.
Marvel studios, bankrolled by Merrill Lynch, have bet the farm on The Avengers, with a budget of $220 million - and rightly so. Never before has a single movie been preceded by such an extensive plot arc covering 4 years of story telling and 5 different films. Iron Man (2008), The Incredible Hulk (2008), Iron Man 2 (2010), Thor (2011), and Captain America (2011). Each of these films has elements and small story line snippets that culminate in The Avengers.

The Avengers manages to tell a stand-alone story with no need to have a familiarity to the preceding Marvel Studio films. Whilst the five previous films have certain plot elements (it’s worth checking them out before you go, but you'll be ok if you don't) the Avengers starts off primarily where Thor and Captain America finishes.
Thor’s half brother, Loki, comes to earth in search of the ultimate energy power, the same energy cube that appears in Captain America. Tension and hilarity ensues, as Thor, Tony Stark, Dr Banner and Captain America, have to put aside their own ego and work as team to, you guessed it, save the world from an ultimate alien invasion.
The action sequences are both breathtaking and thrilling and, refreshing to say, make sense and add to the plot. What makes this film shine is the screenplay and Joss Whedon’s ability to make you laugh one minute and feel genuine compassion the next. Comic book characters can have such depth, preceded by decades of story telling in print, that spans generations.
With an impressive ensemble cast of Robert Downey Jnr, Scarlett Johansson, Samuel L Jackson, Mark Ruffalo, Chris Evans and Jeremy Renner, The Avengers delivers all the hype that you would expect with such a huge studio investment. Gwyneth Paltrow and Cobie Smulders (How I Met Your Mother) make great brief supporting additions to the cast.
In a year that will see the conclusion of Christopher Nolan’s Batman, the new Spiderman and Superman franchises, The Avengers has set a new benchmark on the comic film genre that shows that even if characters wear spandex you can have a film with depth. (I still can’t get over Captain Americas pyjamas – but hey I digress).
Joss manages to bring his trademark wit and humour that fans have become accustomed to with Buffy and Angel – at one point, the audience cheered and clapped with laughter.
Even if comic book films are not your thing, take the opportunity to see a great film that, at the very least, will thrill you. Even if you just go to see Chris Hemsworth’s bicep’s or Scarlett Johansson in black leather, The Avengers may very well inspire you to take a trip to the video store to check out the preceding five films.
Now that Adelaide’s whether is shit, and we are all about to go into the post Fringe winter hibernation, head to the movies with popcorn in hand and check out the Avengers, Joss wont disappoint you.
Avengers Assemble.
Enjoy,
A.