dis·crim·i·na·tion
–noun
1.
an act or instance of discriminating.
2.
treatment or consideration of, or making a distinction in favor of or against, a person or thing based on the group, class, or category to which that person or thing belongs rather than on individual merit: racial and religious intolerance and discrimination.
It's a pretty dirty word, but unfortunately it still, even in 2011 manages to ring strong in many parts of our society. Discrimination is the lowest form of hatred. History is littered with examples of how collectively as a society we have stood against the ridiculousness of bigotry and discrimination.
In a county as wonderful as ours, in 2011, we still don't have equal rights for the Gay community. Interestingly our own Prime Minister who has stated her "traditional" stance against Gay marriage is, herself, living in a defacto relationship and "living in sin."
We have to tolerate so much bull shit with our politicians surely we shouldn't have to put up with hypocrisy. Anyway I am going to continue to stand up for this issue because more heterosexual Aussies need too.
I am proud to say that my brother is Gay, and as a spectator to his "coming out" and the associated turmoil, I have never seen a more truly courageous personal act to stand against society and to be yourself. I'll never understand the inner juxtaposition, but I will let his and I'm sure many other stories, inspire me to do what's right and always stand up against injustice, whatever that injustice is.
I unwillingly posted an innocent facebook status earlier in the week that caused quite a bit of debate around marriage equality in Australia and I would like to share my brothers response - please read.
Well, I think it's about time I weighed in here. For those of you who don't know me, I'm Andrew Natale's brother and I am indeed a full living breathing GAY. Yes that's right - a real one! I'd like to give my perspective on this very fascinating thread which actually, all jokes aside, is indicative of the public debate on this issue within this country.
1. The issue of same sex marriage is about EQUALITY. End of story. I am a human being who has just as much right to enter into the legal institution of marriage than a heterosexual. And to not allow me to do so is discrimination.
2. Gays as Parents - Guess what? There are already gay couples who are parents. They have become parents in a variety of ways and should not be judged based on their sexuality or gender or even that they are of the same gender, but instead based on the quality of them as a parent. Children need a loving upbringing and their parents sexuality is irrelevant for that. I am an uncle who prides myself in the relationships I have with the children in my life. I nurture them. I protect them. And most of all, I love them. And I am gay. I hope I get the opportunity to do that for my own children one day.
3. Legalising same sex marriage will have an enormous impact within our culture. One of the biggest groups of our community with high suicide rates are adolescent boys and there are many studies that indicate that this is due to confusion around sexuality. To legalise same sex marriage says that it's OK to be gay. That you as a beautiful human being are just as valued and accepted as anyone else. And if this gesture in some way manages to save a life - isn't it worth it?
4. I don't accept the religious rhetoric that marriage is exclusively the domain of religion. The reality is it is a legal institution. I don't discriminate against you (and it would be illegal if I did), so don't you do it to me.
5. Same sex marriage is already legalised in many parts of the world. Netherlands, Belgium, Spain, Canada, South Africa, Norway, Sweden, Portugal, Argentina, Iceland... And guess what? The sky has not fallen. It hasn't ripped apart the fabric of their society and it hasn't taken anything away from the institution of marriage. All that it's done is treated all of their citizens as equals.
6. For change to truly happen, we need heterosexual people standing up and saying loudly - No it's not OK to treat people differently just because they're the minority. We need everyone to stand up!
And finally, I have to say that I am proud to have a brother that not only believes that this is an imperative but will also stand up and say so. And not just because he has a gay brother but because it's the right thing to do!
So here I am - the real live gay, brother of the provoker of this conversation, saying enough is enough. The time for equal rights is NOW.
Posted by andrew speaks easy at 11:07 AM 2 comments:

Rodge Smith, U2, long drive to Melbourne and Kevin Rudd 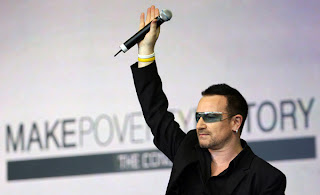 Living instead of existing, connecting instead of just being connected is all the more difficult these days when living in a digital world that leaves little room for those of us still living in an analogue one. Late last year I took to the roads of our National Highway with the talented Rodge Smith to see U2.
Not the first time I’ve seen the Irish boys but a road trip with my BFF who's known me since I had hair, and to see a once in a generation band – well who could say no.
We laughed, we drove, we listened to classic albums, podcasts talked all things life, sex, spirituality, boobs and the discourse between church and state and who sells Jesus better.
Once we got to Melbs we were confronted with a long line of U2 fans all devoted to the cold Ethiad Stadium concrete as we lined up next to U2 fans who had seen U2 concerts when Bono still had a pony tail and didn’t wear sunglasses indoors.
Well we sat and ate Subway, and chatted with a crazy U2 devotee (aka Tash) all under a ice cold sky. (That was a play on words to U2’s Red Rock concert ‘Under a Blood Red Sky’ that’s why it reads ‘a’ instead of ‘an’ – notice the rhythm) I was approached by a volunteer who balanced the dichotomy of wearing op shop clothing and nursing an iPad. He asked me to sign some petition to do with world poverty.
It was the ONE (Make Poverty History) campaign and in the interest of wanting fresh clean water and rice for all I signed it. Earlier this week I received an email from ONE telling me of their recent political victory and I couldn't help but feel and little good about the fact that a my name was a part of that victory.
Needless to say KRudd did something worthwhile other than argue with Julia Goolia. And while we’re on that – I don’t mind paying a Carbon Tax but id rather my taxes go to those children in Africa who need vaccines – I’m just saying.
So high five KRudd you did what we voted you in to do – any chance you can do something about increasing funding for Youth homelessness around Australia…oh hand you’re not PM any more – DANG!
Anyway so if you’re not already joined up, engage, and live – don’t just exist.
Join the ONE campaign HERE!.
See the blog post HERE!!! 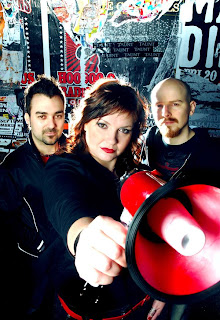 Also my mate Rodge is a pretty fucking talented bald dude (bald guys can give shit to each other about being folicaly challenged) and so check out his web design HERE!!! and his band Squeaker HERE!!

Enjoy,
A.
Posted by andrew speaks easy at 2:47 PM No comments: