Fight Club, Jack Nicholson and the skill of being ordinary.


I can’t help but think that we’re all destined to be ordinary. Ironically, to do ordinary well, takes an extraordinary amount of effort and skill. Why is there a cultural and societal pressure to live up to an expectation to jettison away from the ordinary and live large? To be successful, to reach your potential, to be all you were meant to be?

I was interested by a story a work colleague told me over coffee one morning at work. The night before, she had attended her son’s year 7 graduation. She told about how, during the ceremony, each student was asked what it was they wanted to be when they were older. To her dismay, almost ninety percent of the class said they either wanted to be a celebrity, a celebrities’ assistant, or a famous world class sports star. There were none who desired to be Scientists, Writers or Mathematicians. Now obviously, our desires and hopes change quite a bit from the age of 12 to adult hood – but an interesting thing is at work here. Not only is this a pretty accurate view of today’s youth culture, it also shows the lie and draw of celebrity and being ‘extraordinary.’

Once upon a time in a country where Paul Hogan was putting shrimps on BBQ and the beer of choice for most Australian’s was VB (I know funny right?) The Great Australian Dream (GAD) was about having a nice family and owning your own home. Now it seems the GAD is all about reaching to the stars to be a star. It’s like the cultural dreams of a group of small wanna be Hollywood actors has permeated to our Western Culture and all of us are looking for a big win. Being ordinary is no longer enough, now we must all be spectacular.

Suddenly owning one home isn't enough. All of sudden we need investment properties, share portfolios, high cash flow and a future investment plan that will help me retire on Martinis instead of VB’s. Are we all really infected by a culture that demands we buy things that we don’t really need to impress people we don’t really like?* 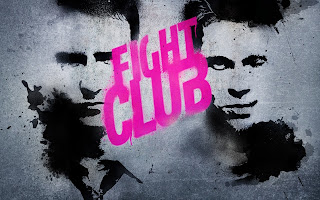 But let’s be honest with each other here. What if Jack Nicholson was right, and this is, literally, as good as it gets. I mean I have a steady job, great family, wonderful friends and excellent relationships. I have money (I’m not swimming in it) but enough to buy food, a roof, and the occasional luxury item (hmmmm 100% cotton polo shirts). 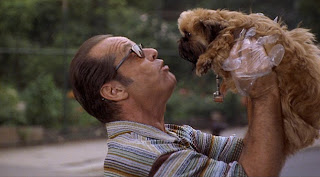 Yet sometimes this doesn't seem to be enough. Maybe it’s the curse of being a writer that comes hand in hand with being an idealistic dreamer. A writer that hopes to one-day live off his writing. But there is a fly in the ointment logic of the celebrity culture and the steroid growth of the GAD.

I blame social media, that in some part, helps us to feel like mini celebrities that can have photos shared, posted, liked, commented on, filtered and forwarded to an online world of people looking inwards - all before we have breakfast. Almost overnight we have become a world of narcissistic individuals who would rather share their photos with the world instead of their wealth.

I can’t help but think though, that to be ordinary is to be wonderful. It seems that the most beautifully ordinary people ARE the ones who change the world never for it to be the same again. It’s these people, who should have their stories told. The person who decides that patience is worth being better at. That standing up on a bus for a digger is proper. Spending extra time with someone who you know is struggling. Giving to that charity because you know it means little to you, but everything to them. Deciding on a Monday that your job will be about more than just paying bills. That pride doesn't come before a fall, but indeed usually precedes really good work.

You see I refuse to live this culture’s game. I am happy to leave the extraordinary to themselves with their celebrity, various cars, full head of hair and Jesus’ abs. I am happy with being ordinary, because it’s going to become the new envy of the world.

A world of people determined to do the little things well – until the line between extraordinary and ordinary are blurred.